The politics of data in Latin America: Towards a terrestrial Internet

Data extractivism, algorithmic governance, and corporate control of Internet business are part of the regime of digital capitalism. Digital technologies are producing a social space that is far from immaterial, neutral and abstract. As Latour (2010) points out, the greater the digitality, the greater the materiality. In this issue we argue that the Internet is terrestrial because the effects of its corporate and governmental control materialize in specific spaces; for example: the maritime space where underground cables pass; the aerial space of the signals from satellites and antennas, as well as those spaces rich in the raw materials and natural and human resources necessary to sustain the Internet. These spaces are not dissociated from diverse forms of human and non-human forms of life that cohabit it and embody the effects of disputes over data.

This cluster aims to account for the impact on the territories and diverse forms of life from our growing digital society. The guiding question of the cluster is: what are the dynamics of the disputed spaces that support the Internet and what are their effects on territories and their various ways of life in Latin America? Through Latour’s concept of network and a broad sense of politics, we want to investigate the Internet as a very material network. We take as initial inspiration Latour’s     ( 2018, 2019; 2020) inclination in recent years towards a terrestrial politics— in particular, his proposal to «land the politics of humans on earth, which would allow us to reconnect to the territory in which we live and on which we depend”. Based on this proposal, we understand politics as the attempt to destabilize in order to explore forms of dispersion in which controversies emerge and agencies and power relations become visible.

Data centres will continue to multiply in the coming years in Latin America to sustain our digital society and will require great amounts of resources such as energy and water; materials and metals for devices, cables, antennas; and human resources that are intensively needed, such as Facebook moderators or workers without social benefits for various applications such as Uber. Likewise, electronic waste is more and more a problem in the region (Gil, 2015). Such infrastructure projects and forms of resource extraction are likely to result in arduous social conflicts between companies, governments and social collectives, with strong impacts on political and social inequalities in the region (Svampa, 2019; Ulloa, 2017).

Likewise, disputes over data control can also turn to conflicts over bodies and territories. Disputes over algorithmic governance in the Covid pandemic in Latin America materialized in real political struggles that intend to subvert and destabilize political orders but also reinforce authorities’ practices of criminalization and abuse of power. The materiality of the politics of data can render visible on the one hand the surveillance and control of bodies and, on the other, the impacts of such disputes on social collectives. Although it is true that technologies have helped to articulate social collectives for political transformation with a common objective, for example to defend territories (Erpel, 2018), it is also true that these same devices have been used to monitor, trace and intimidate activists leading to a process of transformation in Latin America.

For these reasons, we would like to read Latour’s proposal for a terrestrial politics in light of the diverse theoretical and political traditions in Latin American, for example, feminisms (Cruz, Vázquez, Ruales, Bayón, & García-Torres, 2017; Espinosa, Gómez, & Ochoa, 2014; La_jes, 2018) that have historically created fully down-to-earth resistance strategies by proposing the category of bodies- territories. We argue that bringing the politics of the humans down to earth cannot just mean focusing on scientific knowledge and the disputes over land. We believe that humans must be reassembled from a materialistic critical view that accounts for the hierarchies of the human category and, therefore, the embodiment of the consequences of corporate disputes over data, surveillance and control of the bodies, but also for the fight over the natural resources that support the Internet (water, energy, metals, minerals and more). In this vein, we welcome papers that contribute with interdisciplinary perspectives by critically exploring, connecting, testing, o putting into dialogue the terrestrial politics with other theoretical contributions in Latin America. We welcome case studies that give an account, for example, of the creation of data centers and the conflicts that these engender; the extraction of metals and electronic pollution — as well as articles that go beyond the Internet as an abstract and neutral space and, rather, politicize it by tracing its connections with multiple spatialities in the disputed territories, rendering visible social (dis)articulations. Or works that connect resistance processes in specific territories in Latin America with global circuits for the extraction of water, minerals and metal resources, electronic waste and pollution. We believe that the terrestrial politics, bodies-territories, terrestrial Internet or categories alike can help us to discuss the politics of data in Latin America. From this perspective, we extend an invitation for abstracts on the following topics:

Politicizing the infrastructures that sustain the Internet

Extractivism of data, power and territories

Please send your abstract to the guest editors marcela.suarez@fu-berlin.de and jenny@iibi.unam.mx by October 15, 2020. Submitted abstracts should not exceed 350 words excluding references and should include objective, method and expected results. Please also let us know to which topic and subtopic you would like to contribute with your manuscript. 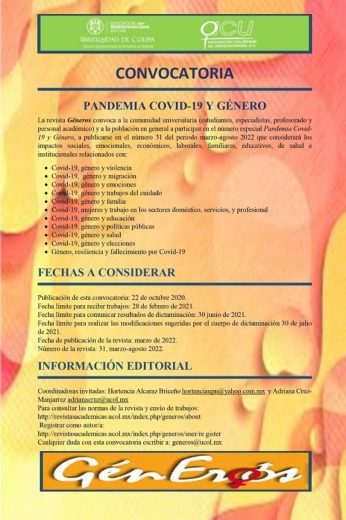 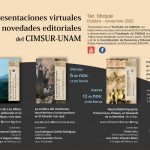 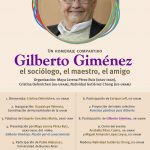 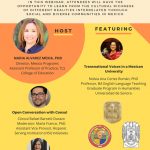 A look into Mexico’s border